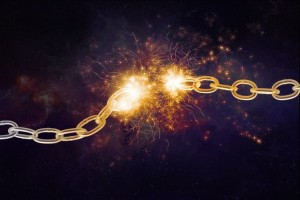 The Milford Readers and Writers Festival held each fall in Milford, Pennsylvania inspires conversations between people who love to read books and people who write them. Featured authors have spanned the gamut from internationally known mystery authors to those who write about the afterlife to former CIA agents.

One recent panel featured Pulitzer-prize winning author Tim Weiner and former Acting Director of Operations of the Central Intelligence Agency, Jack Devine. Weiner’s book, Legacy of Ashes: The History of the CIA is the book the CIA does not want you to read. Devine’s book, Good Hunting: An American Spymaster’s Story, is a testament to the CIA. Both highly trained professional men saw the same “truth,” yet came to very different conclusions about it.

Etched into the walls of the original CIA headquarters building in Washington, D.C. are the following words:

“And ye shall know the truth and the truth shall set you free.” John VIII–XXXI

This passage from Scripture characterizes the intelligence mission in a free society—gathering intelligence, gathering the truth about those who would do us harm, in this instance harm to the United States of America.

But the truth seems to be elusive right now, not only between America and foreign powers but between Americans themselves. The partisan divide has not been as deep as it is now since the years immediately following the Civil War.

Where does that leave us? I believe it leaves us with an obligation to do everything we personally can to discern the truth of a story before we tell it, the truth of a post before we post or re-post it on social media, the truthfulness of the person who is telling us something but might be lying to us. And this is seldom easy. It takes discernment. It takes time. It takes perseverance. It takes a commitment to our own truthfulness to others.

For me personally, it also takes a commitment to a higher truth, one that informs my life day in and day out—that there is a Divine Energy, a Creator, who is the ultimate arbiter of truth, who knows what the truth is, a truth that someday will be revealed to each one of us.

One of my favorite passages in all of Scripture is in Paul’s First Letter to the Corinthians, “For now we see in a mirror, dimly, but then we will see face to face. Now I know only in part; then I will know fully, even as I have been fully known” (1 Corinthians 13:12).

Yes, some day we shall indeed know the truth and that truth shall set us free.

This post is from my forthcoming book, Spiritual Truth in the Age of Fake News, by Wipf and Stock Publishers. Stay tuned!

This entry was posted in 1 Corinthians 13:12, John 8:32, Reflections on Life, Truth. Bookmark the permalink.