Finally I Picked Up My Feet

Today marks the 50th anniversary of the Rev. Dr. Martin Luther King, Jr.’s speech when he boldly proclaimed that he dared to dream such a dream. A dream that ignited the imaginations and the stirred the souls of many. A dream that evoked fear and hate in many others.

Seventeen years later, I finally acted on the injustice I saw and the painful feelings I felt on that April afternoon in 1968. I was living a comfortable, suburban life in New Jersey when our daughter came home from school with an announcement about an outreach ministry in an impoverished, all-black neighborhood in Trenton that was sponsored by her school. They were looking for people to tutor adults there once a week, but I left the announcement in a pile of paperwork and forgot about it. Then several weeks later another announcement came, and then another.

Gradually I realized there was something God wanted to teach me in Trenton, if only I would take the first step. But I was afraid. Afraid of people I didn’t even know and afraid of what I might find out about myself, if I did go. Then I remembered the faces of my classmates that day in Tennessee, so many years before. And I remembered, oh how I remembered, the man who dared to dream, the man who started the march to freedom. And finally I picked up my feet and started to march with him.

My perspective on the reality of life in America for all God’s children was never the same after that. I soon realized that the blinders I wore were more comfortable than the truth they hid.

And what is the truth? The economic gap between blacks and whites in America today is wide, though narrower in some respects than fifty years ago. The most recent Federal Reserve survey tells us that the net worth of the median white family is more than six times that of blacks, wider than in the early 1960s. The typical black family’s income is 66% that of whites. The largest percentage of hate crimes in America today is against African-Americans.

And what is the response of many white Americans to these realities? William Sloane Coffin said it best in his book, Passion for the Possible. “For whatever reason – be it the blindness of sightless souls, the indifference of distracted people, or just plain compassion fatigue – whatever the reasons, the majority of white Americans do not feel the monstrosity of inequality so universally felt today by black Americans. The result is that racism remains bone-deep in American society . . . Legal segregation, to be sure, has ended. But racial isolation has remained.”

“Is the dream dead?” Did it die on Dr. King’s lips soon after his prophetic words were spoken fifty years ago? If so, what can we do about it?

First of all, we can remember that there was a man before Dr. King who willingly gave his life for the cause of justice – Jesus of Nazareth – whether one believes he was the Son of God, as do Christians, or a prophet as do Jews and Muslims. 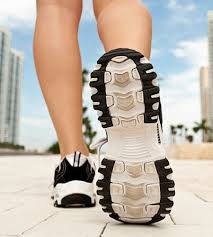